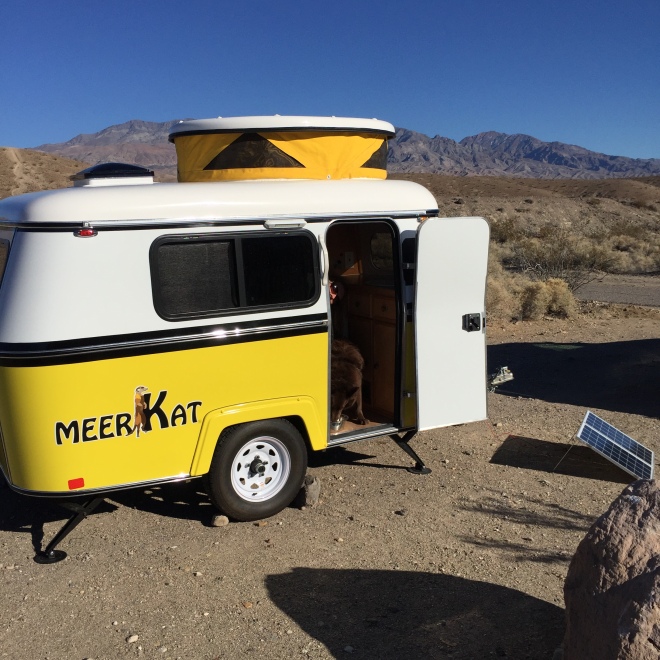 We decided to take our new tiny trailer out to Death Valley for its first time out. Why not? Go big or go home. From San Diego to Death Valley was a great drive. It took awhile. Especially towing a trailer and stopping for lunch. I think it took us a little over 5.5hrs. As you get closer to the park make sure to fill up when you come across a gas station. The stations do get a bit spread out. There are gas stations in the park since Death Valley is a National Park.

Being our first trip to Death Valley we did not really know what to expect. Other than of course rocks and sand (Heat – but not in January). Death Valley ended up being way more than that! It was breathtaking. The views were spectacular. The night sky was amazing! The park seemed to be endless.

Meg took the photo above during our stay over at Mesquite Springs Valley campground. This was her first attempting a night time shot. I think it turned out really cool. The campground was much less crowded as well. Which is great when trying to camp at National Parks. Typically National Parks are so crowded.

For weather the nights got down to the mid 40s or so and during the day the high was around the 70s.